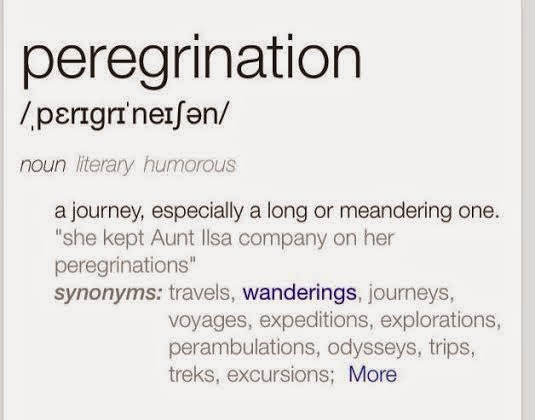 Peregrination has begun. It began the day we were born......yes this journey, this route to the unknown, the destination ....still evolving.
We have started our work, yes all our multi-layered, multi-technique, multi-textured, merging creative process has begun. In a sense it began when we met years ago in a gallery in 2008. Maya Bhalla, the artist I am proud to be collaborating with for Peregrination. Since then we kept in touch. 2011 rolled in, we started doing many a group shows together here in Singapore and overseas. A bonding over process, technique and thoughts evolved. So apparently different otherwise, we amazed ourselves, at how alike we could think. Yet we expressed it so differently, in our own technical abilities and sensibilities. It made perfect sense to collaborate.
Collaboration is something I have tried earlier. This one is different though, as the idea of this entire process was born together. A casual coffee and a sketch on the beach, a few other meetings and we started discussing and fantasizing creating this project that is now called, Peregrination.
A journey, which can be from the womb, to where we stand today, as adult individuals, part of a social scenario, observers, experiencing a collective psyche and yet, growing differently. We are all on our very own orbits, spinning on our own axis and making a collective memory in the process. A journey is that of an insect from the pupa to full grown form, of a foetus to a grown individual standing an experiencing an exhibition. A journey is that holiday we carry with a room full of memories, pasted now in frames on the wall. A journey whether metaphorical or physical in some way we carry with us always, physically or psychologically. A journey born and raised and educated in Mumbai, we find ourselves in Singapore making a space and carving a memory in the collective psyche of Singapore. We came with impressions and memories as baggage and we travel the world today as Singapore emblems. This morphing and blending and unpredictability of journeys has brought us here and even placed us beside each other to think and create. To symbolize this merging and coming together of our journeys we have a surprise for you on the opening night of the exhibition. Intrigued? Stay that way....... we will keep teasing you with information every now and again.
For some reading on Maya and her thought process do check out her blog.
http://mayabhalla.blogspot.sg/
Posted by Joyotee at 4:17 AM No comments: 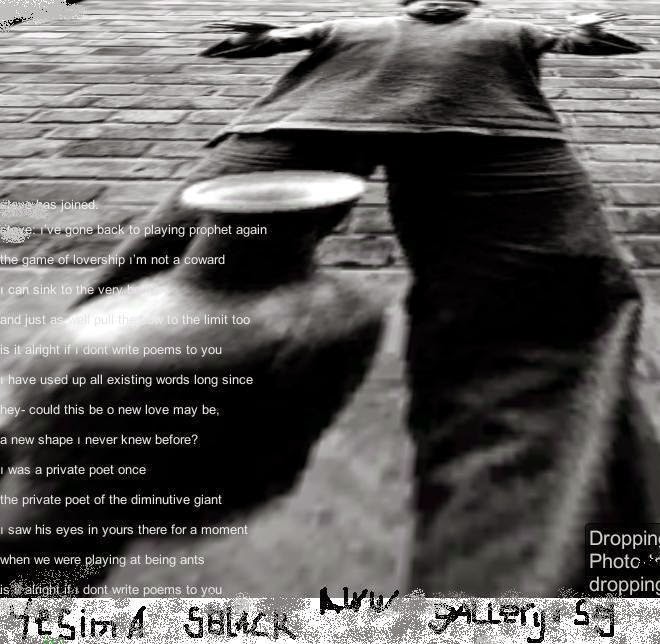 A creative process is varied for varied people......as varied as their tools to express. A few constants though in this process...The creator, the creation, the need to express, the need to connect and hence whom to connect with, so also an audience for the same. Recently there has been an interest to curate shows online be it through Seeme or other such portals. The response to these curated shows on pubic domains creates a wider response and visibility and breaks from the traditional notion of art, writing and the entire concept of curation becomes fused.

When I first heard of “Spoken” it sounded alien. On exploring it I felt involved and even curious to explore this unique art of curation. Exactly what team Steve and Eugene had intended. So who are they and why am I talking about them.

Here Steve speaks in his own words, “First, my background is full of experiences with photographic art, video art, writing and television production. I came to Singapore in 2002 to work as creative director for a company that was doing pioneering work in 3D gamemaking and user-generated content. In other words, we were doing something like Second Life and Youtube before they existed. Our focus was on allowing children (or anyone, really) to create their own worlds. We worked with the Ministry of Education and did tests in schools. The software was called the Creative Development Kit (CDK) and things were going well. We premiered the software publicly at an exhibition at the Singapore Science Centre in October 2004. The morning of the premiere, however, the CEO and driving force behind the CDK died of a heart attack. He'd been working on the CDK for ten years. Things became "interesting" after that, to put a positive spin on it.

So, to get back to SPOKEN, I have a strong connection to virtual reality. I met Eugene in 2006, when we were both involved in a hacker's 24 hour game competition. I think Eugene's team won a prize for game artwork. Eugene and I kept in touch. He kindly included an ebook version of my book entitled I Ate Tiong Bahru in his Web Art show.(Which is worth a story by itself.) Encouraged by that, I asked Eugene if we could collaborate, and the result is SPOKEN. On top of all this, virtual reality is a brand new art form and SPOKEN is a way to learn more about it.”

On speaking to Steve I understood more about his motivation about Spoken, a curative experiment which is not just any other online gallery. It is an interactive gallery which gets you involved in the process of reaction and creating, engaging through linked thoughts and expressions. The primary motivation behind SPOKEN is to create a stimulating and informative gallery environment where it is possible (but not necessary) to text or speak with others, especially strangers, about the artworks. The second goal is to learn from all of this so as to plan and create a software or platform which unifies and simplifies all of the positive aspects of SPOKEN.

When asked about the curatorial theme of Spoken, Steve’s witty response, I say "Helium curated the show", that had me intrigued. He went on that SPOKEN, references to the fact that the curator have spoken to the artists involved. Perhaps this seems like something obvious. However, he says he tried unsuccessfully to get works from Robert Rauschenberg, William Wegman, Ansel Adams and a few other artists that they had spoken to.
“Of course I have to mention Jacques Derrida and his observation that the voice is the only true expressive medium. It really is a profound idea. I tried to make a list of all of the artists I have spoken to. Who was the first? Who was the most influential? Could a conversation with an artist be a representation of my life? The result of all of this is that the show can be read as a self-portrait of the curator. As Eugene unexpectedly became very busy, I curated everything” thus explaining the helium element setting aside his ego.

When I told Steve what intrigued me most was the wine throwing in the gallery space, and the obvious question of it being a jibe on the current art scene, Steve responded saying, Eugene hacked a game software to make a gallery. The software, called Unity, is designed to make first person shooting games. So, somehow we ended up with wine glasses that can shoot. So, yes it is fun to pour wine on a Jeff Koons piece; much easier than Monty Cantsin's blood art performance at the Whitney.

Where is Spoken headed from here and will the gallery expand further. Well Steve concludes “putting as much energy into SPOKEN as we can, meaning publicizing it so that we can get people inside. The gallery experience is so much more interesting when you go in with someone. The idea of using a plug in to see art is still new to people and we have to work to over come that.
“SPOKEN is actually in the "space" of gallery.sg, which is exclusively Eugene's. And Eugene is both busy and full of surprises. For the moment SPOKEN seems to be a "one off" project. I am, however, hoping to build on this, As I see a great potential to create a new online art platform, something that could complement or compete with existing sites like behance or deviantart.”

Follow the links below to create your own "spoken" experiences.